The Secret Circle: Coming Out of the Dark 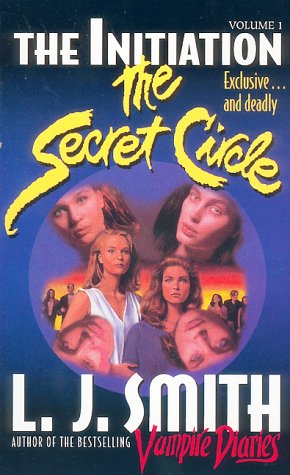 As some of you lovely readers may know, I am a serious fan of YA lit; like, serious. So when I learned that my most favorite young adult book series, L.J. Smith’s The Secret Circle, was to be made into a new (paranormally romantic) CW TV show, imagine my shock and amazement! My most favoritest YA series EVER (that I originally read as a teen back in the early 90’s), was to be made into a show that I could watch EVERY week?! Ultimate happiness!!!

And do you know who else is happy about The Secret Circle coming to the small screen this September? PA Melissa, that’s who! In fact, the two of us must have had some sort of brainlink because we were simultaneously working on Secret Circle posts without realizing it! Here is an excerpt from Melissa’s post: “The show is about a girl named Cassie who moves to New Salem, Massachusetts and meets new friends who are not what they seem.  Spoiler: they’re witches.  I don’t believe it!  Let the sexy, silly YA magic begin.” To begin getting psyched for the YA magic, watch the trailer below!

Since I have been a fan of the books for a ridiculously long time, I really feel the need to share just one last bit with you all, which is that one major thing has been really irking me about the show: the casting for Adam, Cassie’s main love interest in the series, is WAY off!! In the books, Adam is frequently described as “a woodland god” who has wild, dark reddish hair and eyes that are grey-blue “like the sea”. Instead, we have an Adam played by Thomas Dekker, a dark-haired, heroin chic looking dude, complete with dramatic eyeliner and a perennially smug expression. What is this nonsense?! Where is the woodland god, I ask? He is certainly nowhere to be seen, but it is clear that I am going to need to swiftly get over it because I CANNOT WAIT to watch this show!!! Melissa, are you ready?

For your final viewing entertainment, friends, here is a mind blowingly amazing piece of L.J. Smith fan art (unearthed and supplied by Melissa) that used to be featured as the splash page on Ms. Smith’s website; OMLJ!

The Secret Circle premieres September 15th on the CW.