Skins: Everything is Better with British Accents

Teen dramas are my guilty pleasure, I’ve probably seen every episode of Beverly Hills 90210, The OC, One Tree Hill, and Dawson’s Creek. The popular British teen drama Skins has been on my list for awhile, but it wasn’t until MTV started to bombard me with commercials for their Skins remake that I finally took the step to watching the original. Of course, I watched the first two seasons in less than a week thanks to Netflix Instant. I originally had no interest in the MTV remake, but after watching so much of the original, I decided to check it out. I can safely say, I won’t be doing that again. The first episode is pretty much the same as the first episode of the original, so I can’t say the storyline is at fault. It’s really the poor casting and the unnecessary changes to the characters that ruined it for me. Or maybe everything is just better with a British accent. Here are just a few of the reasons why you should skip the MTV Skins and stick with the OG.

Tony is pretty much a popular asshole, but played right you can definitely love him. In the original, he is played by Nicholas Hoult, who you might remember as Marcus from About a Boy. He was a cute little boy, and grew up to be actually pretty hot.  Maybe it’s the British accent, but I found Tony endearing when played by Nicholas.

In the MTV Skins, Tony is played by James Newman.  Who sort of looks like a bloated jock in high school. It’s amazing how James can say almost the same line, word for word and it comes off completely differently.

First of all, Stanley!? Why would they decide to change the character’s name to Stanley. When I think of the name Stanley, I think of a fat balding middle -aged guy, not a cute goofy high school boy. Maybe it’s just me, but Stanley was the last name I’d think of for this character.

Anyway, Sid/Stanley is Tony’s best friend. He is a cute, goofy slob who doesn’t seem to get anything right.  He is basically the complete opposite of Tony. In the original, he is played by Mike Bailey.

In the MTV Skins, Sid has been renamed Stanley and is now played by Daniel Flaherty. I don’t think it’s really Daniel that I don’t like but more some of the slight changes they’ve made to the character. They’ve made him almost a caricature of the original. He is way more of a pathetic slob than Sid ever was. I’d say he even seems sort of creepy.

Maxxie/Tea
I think even if I loved everything about the MTV Skins, this change alone would make me not watch the show. They changed the character of Maxxie, a cute gay boy, into Tea, a hot lesbian cheerleader. Seriously, hot lesbian cheerleader! I guess MTV wasn’t ready to have a gay high school boy in their show? Which is shocking, because it obviously wouldn’t have been a first. My So Call Life had Rickie and that was in 1994. And today, I’d say Kurt from Glee is probably one of the most popular characters on TV. So, maybe it wasn’t having a gay boy on the show that turned them away, but just wanting to have more girls to prance around half naked? Either way, I’m not down with the change.

I think Cassie was probably one of my favorite characters in the original. I was a sucker for the Cassie/Sid plot line. Cassie/Cadie is eccentric, ditzy, unstable, insightful, and loving. In the original she is played by Hannah Murray, who could pull off the ditzy but insightful thing really well. 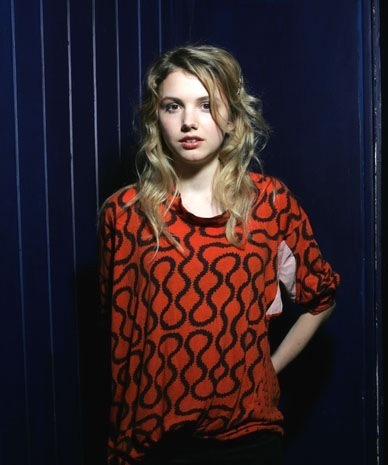 In the MTV skins, they changed the character’s name to Cadie, which doesn’t really bother me…well besides the stupid spelling. Cadie is played by Britne Oldford, who I think maybe just can’t act. She doesn’t come off as crazy or eccentric. I’d say she just comes off as dead behind the eyes.

For a scene by scene comparison of the MTV Skins and original, check out this awesome fan made video:

If you still feel like checking out Skins, I recommend watching the original all available on Netflix Instant.